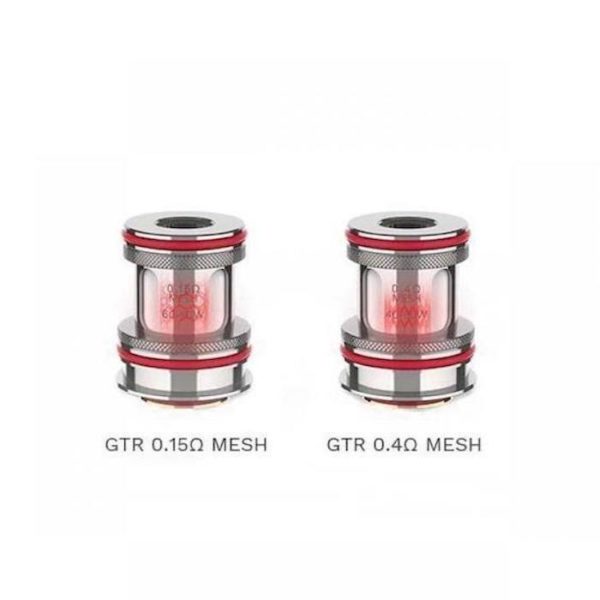 FORZ Kit & Tank Replacement Coils
Sub Ohm Vaping
Mesh Builds
Compatible With High VG E-Liquid
Each 0.4 Ohm GTR will produce a large amount of vapour and can be used between 40W – 60W. The 0.15 Ohm can be used for maximum vapour production and will support wattage levels of between 60 – 80W. Each of these coils features an organic cotton wick that helps them last longer and deliver improved flavour from e-liquid.

Any coil that registers below 1.0 Ohm, is known as a sub ohm coil. Recommended for advanced vapers only, they’ll require more power to use properly, which will be provided by an advanced vape kit.

Interested in vape coils? Check out our entire range here.