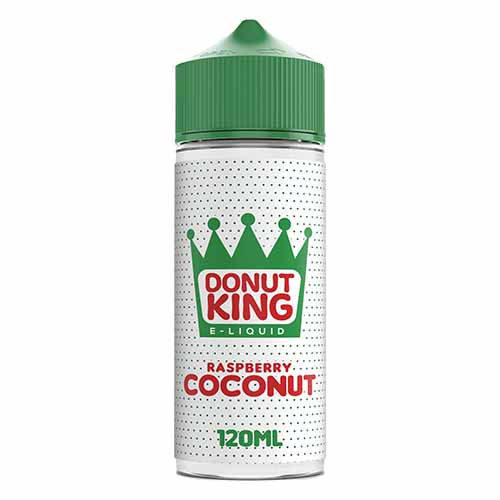 Raspberry Coconut By Donut King 100ml is a blend of raspberry syrup, and creamy coconut filling. All stuffed inside a traditional fried donut.

Raspberry Coconut by Donut King E Liquid is a donut style flavour. Taking a freshly fried donut as its base, this donut is left to cool before it is stuffed with a coconut cream & raspberry filling, creating a tangy and aromatic donut vape!

Donut King have hit it out of the park again with this delicious fluffy Donut chocked full with a divine Strawberry and Cream filling.