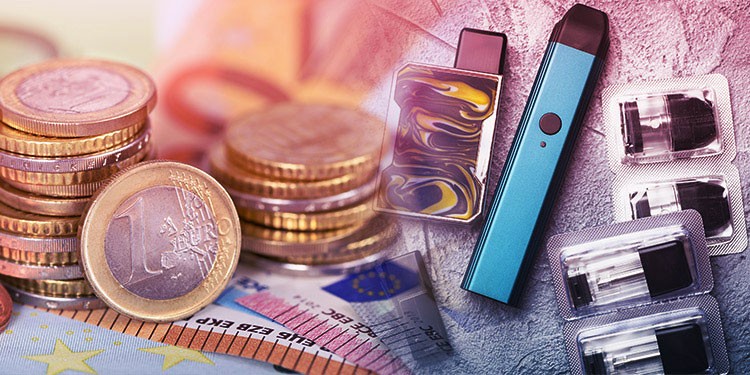 Their next step will be to pass the proposal on to the European Commission.

This is the culmination of a long battle, with rumours, negotiations and consultations about the tax circulating for years.

In an early consultation, I remember being told that a uniform excise tax could be good for vape products – as it would prevent EU states levying the sky-high taxes that, for example, destroyed the vape industry in Italy.

Then, as now, the (independent) UK vape industry didn’t trust the EU, fearing it could impose harsh tariffs on vaping, protecting the tobacco industry and sending vapers back to smoking.

Some sources have told me that the tobacco companies themselves have lobbied for a tax on vape products.

However, the UK government, which is rated no. 1 in the world for independence from the tobacco lobby, has steadfastly refused to tax electronic cigarettes and e-liquid.

What does it mean for vaping and smoking rates?

The EU could take a moderate approach and put a small excise duty on vape products. This might help the vaping industry in some countries where governments have put a high tax on vape products. In other EU states, however, it could lead to an increase in product prices.

They are also likely to approve a minimum and maximum tax range, which would allow individual governments some freedom in setting taxes. It is possible that the minimum rate could be zero.

Alternatively, under political pressure from the same states that pushed for the excise tax in the first place, there could be a severe price increase which would make vaping far more expensive.

Small or large, the excise tax is likely to mean that fewer people switch to vaping, and risks some vapers switching back to smoking.

We can look to Minnesota for some idea of the effect an increase in tax would have.

The US state imposed a harsh 95% tariff on e-liquid, leading researchers to estimate that the tax deferred over 32,000 smokers from quitting smoking (out of a population of 5.64 million).

Additional studies by researchers Pesko et al, while reiterating that vape taxes lead to additional smokers, also found that they lead to a 6% increase in the proportion of pregnant women smoking.

If a new black market appears there could be serious consequences. A black market in THC e-liquid in the states lead to a disease called EVALI, which caused the deaths of hundreds of young Americans.

A further problem for suppliers in the UK is the mechanics of collecting the tax. Tobacco companies are obviously set up for this and stand to benefit. Smaller businesses are not, and the complexities involved could force out smaller companies, reducing competition and choice and cementing the dominance of tobacco companies in the recreational nicotine market.

In short, the move will benefit tobacco companies selling traditional cigarettes and government coffers at the expense of the lives of EU citizens and the jobs of the people employed by the disruptive independent vape industry.

Will this apply to the UK?

I’m still waiting to see details of when the new tax will start to apply.

The wheels of the EU usually grind slowly, approval needs to be gained from the EU commission, and presumably, companies will be given time to implement the necessary software and infrastructure.

The UK has committed to not taxing vaping products, and if we leave the EU before the tax comes into place, there’s a chance UK vapers will be unaffected.

The UK is supposed to complete leaving the EU at the end of this year at the end of it’s transition period. However, there is no guarantee this will happen, and the impact of Covid-19 undoubtedly means complex negotiations will have been delayed.

Despite Brexit, we have no idea how separate the UK will ultimately be. It’s possible that we will gain the ability to diverge from the EU, but unless vapers become better at ensuring their voices are heard, there is a high chance that vaping will not be at the top of agenda.

So, as usual, both vapers and the vape industry are under serious threat.

Outdoor Vaping: How to choose the best vape device

Outdoor Vaping: How to choose the best vape device